On the Glasgow/Carlisle route, unit 156478 became partially submerged in floodwater. It remained immersed for several days where the underframe and equipment became flooded and the interior was also water damaged.

Upon its rescue, the unit was determined as an insurance write-off and was subsequently purchased by Brodie Leasing, which is a sister company to Brodie Engineering.

A C4 and C6 overhaul was carried out along with work on all electricals and the unit received a full interior and exterior refresh.

Below you can see pictures of the unit after the water levels had dropped the next day after it became caught in the flood and following the work completed, the unit leaving our Kilmarnock depot: 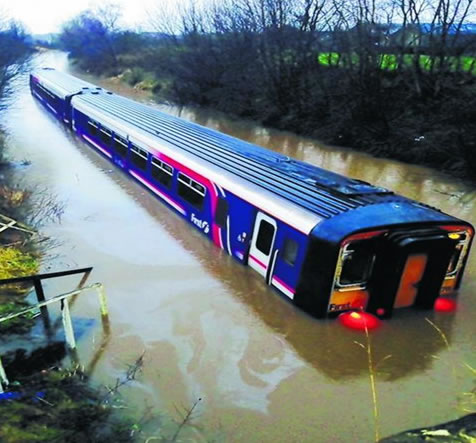 With the involvement of stakeholders and the assistance of ScotRail, Brodie Engineering repaired the flood damage, undertook a C4 and C6 overhaul as well as upgrading the interior to the latest PRMI specification. 156478 has returned to passenger-carrying service and is now on lease back to Abellio ScotRail, helping them to meet their operational requirements. Since this, the 156478 has travelled over a quarter of a million miles - impressive for a unit that was written off!

View all of our services.