Brodie Engineering marked Armistice Day in its factory on Monday 11th November. All work at the factory stopped before 11:00, phones and computers were turned off and the work place fell silent for the 20 minute event. A parade through the factory was led by the Isle of Cumbrae Royal British Legion Pipe Band together with a presence from the Royal British Legion Kilmarnock Branch and 603 Squadron City of Edinburgh Royal Auxiliary Air Force. 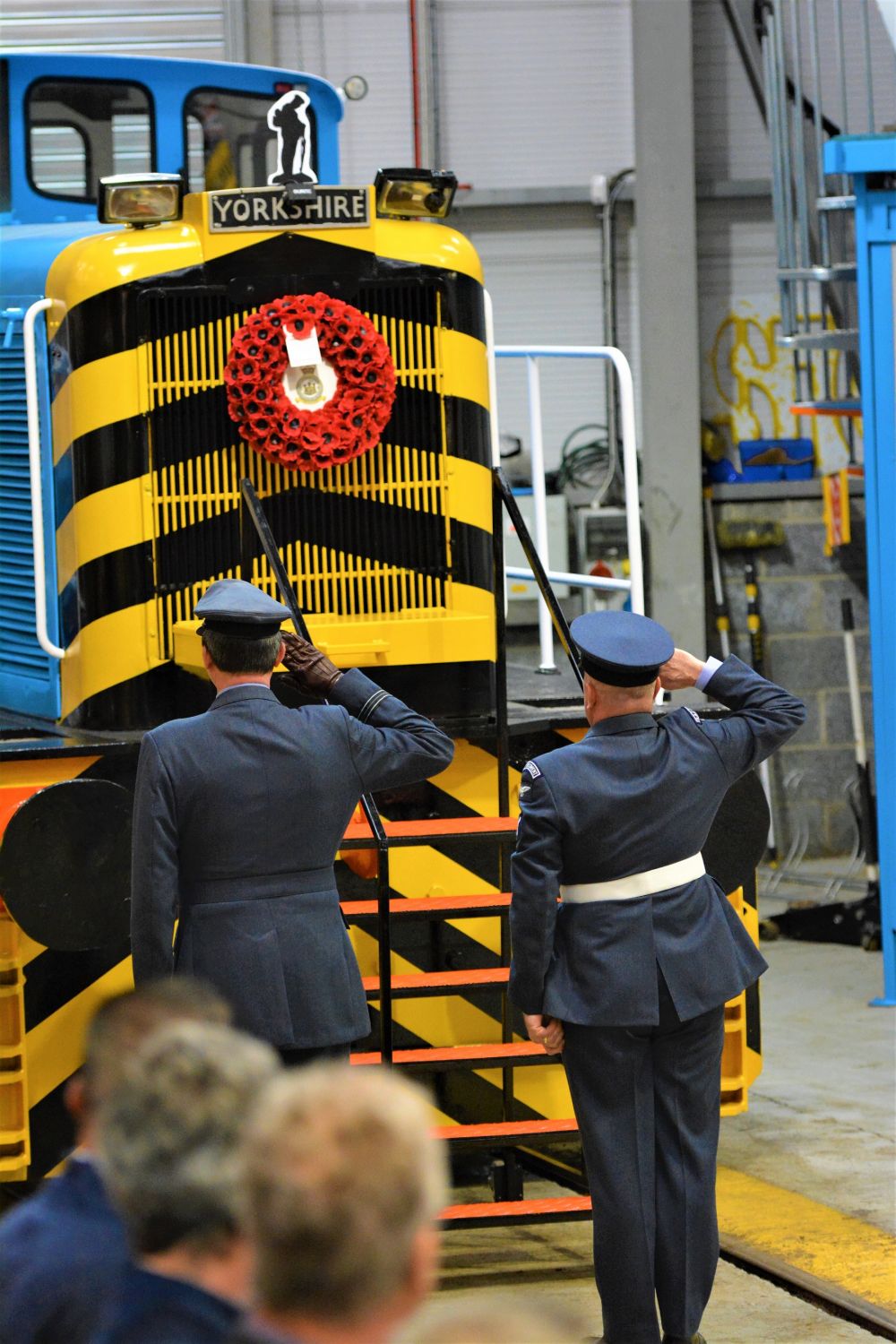 Zak Hilferty (13) from Auchenharvie Academy sang to the 100 strong work force ‘I Vow To Thee My Country’. Lone piper Gerry McClumpha marked the 2 minutes silence playing ‘Crags of Tumbledown’ which was dedicated to the two Falklands veterans present. A wreath was laid on the company’s locomotive by Brodie Engineering’s reservist Senior Aircraft Man Phil Heaps together with Flight Lieutenant McElhinney both of 603 Squadron City of Edinburgh Royal Auxiliary Air Force. 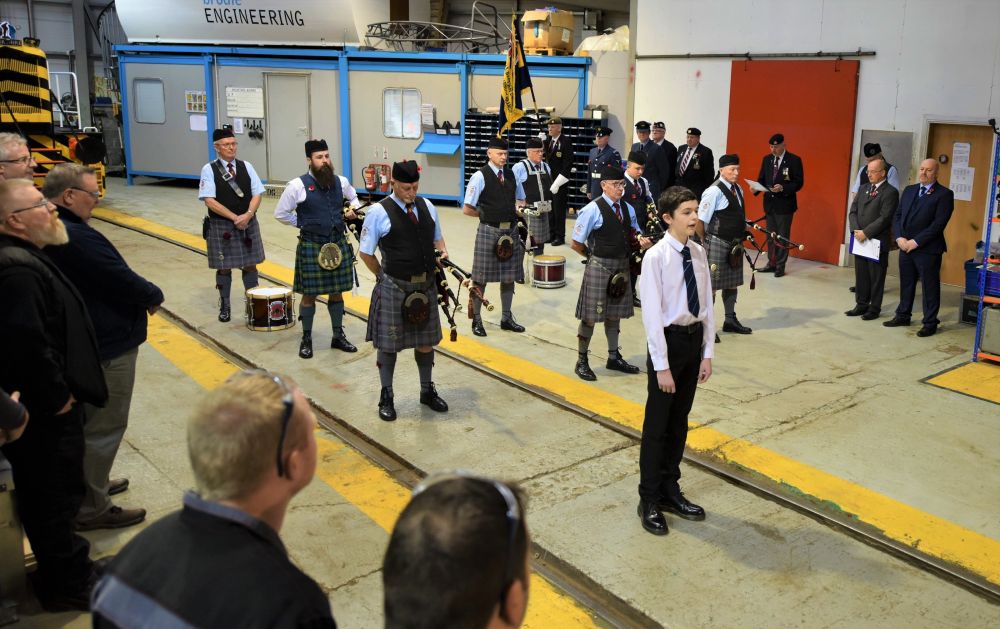 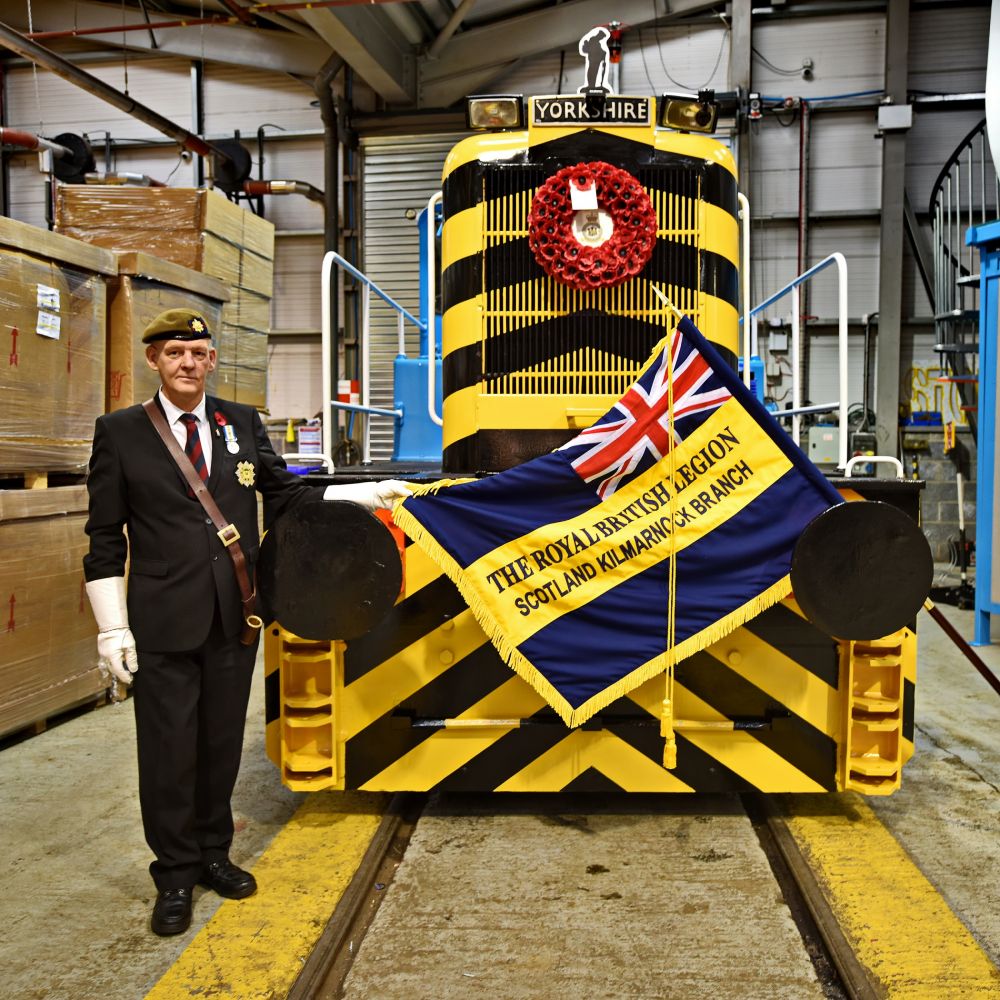 The Chartered Institute of Logistics and Transport's visit to Brodie Engineering